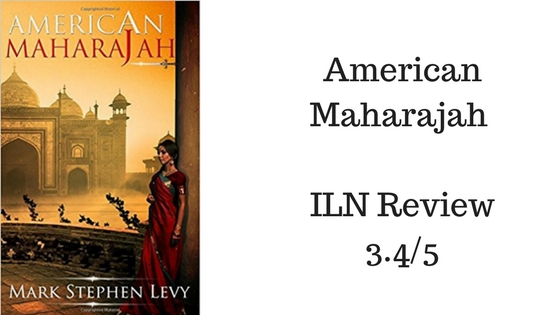 In India, people love reading; they even love writing as well. However, one thing that Indians love is certainly reading the perspectives of foreigners on India and Indian ways and anything Indian. Recently, I have, out of curiosity, bought a book by an American author. The book was titled American Maharajah and it was initially about a prince who is said to have returned many years after his death... later, the book turns out to be a contemporary novel with a difference - nothing sort of extravaganza there for the readers who love spice. It was a simple novel but very ripe one. I certainly enjoyed reading it and I would love to share my reading experience with the readers of India Latest News.

American Maharajah is a novel which will keep the readers happy with its simplicity and clarity of content. It does not offer something entirely mind-boggling or something over the counter to be a fiction enough. Mark S Levy has narrated the story in a rather sober manner. He has started with the problems in the life of Ravi, a young man living with his parents in the US. At the very outset of the episodes, he loses his girlfriend and then leaves absent-mindedly for his first ever trip to India. What he thought would be an adventure and entertaining trip to his motherland, turns out to be a rather complicating journey because people begin mistaking him for someone else - Amar!

The game of identity mistake takes Ravi to know some secrets of Amar and in the sequence of abrupt events, he falls in love with Aishani, the girl who loves Amar who is dead now. So, the moot point in this novel to care (for the readers) is that is Ravi really Amar? Has he come from the dead? An exploration of this question leads Ravi to find out secrets that he never imagined.

On the front of craft and handling, Mark Stephen Levy, the author who is a frequent traveller to India, has done very good. He has kept his focus on the main story of the novel but also provided that extra layer of cushion for the readers who always want to find 'something more' in the novels they read. In the conversations of Sushil, the guide and driver to Ravi in India, and Ravi, you will find many things which will keep you engaged and fresh.

In short, though very limited and simple, American Maharajah is a work of fiction designed for the readers who want to keep their neck safe rather than facing a bottle-neck everytime they read a novel! You will be perfectly able to enjoy the book without investing so much of your mental energy or brain cells. This is also a one-time novel because once you find yourself settled, you will be moving with the story rather fastly. The language is more than fair and simple... you can have a go!

Buy a copy of American Maharajah from Amazon:

link to the book on Amazon - get it now

review by Amrish for ILN