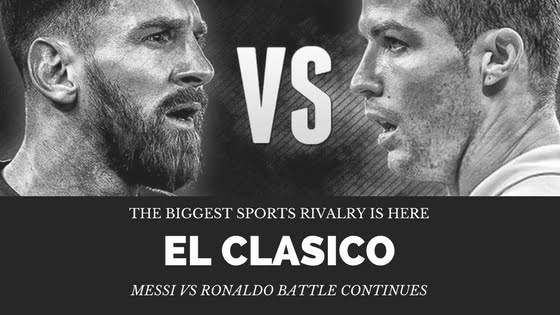 This is why we should not be laughing as early as did the Madridians and they had to face the humiliating defeat in the game popularly known as the El Clasico of the football events! FC Barcelona has their chances and the pinned down the arch-rivals Real Madrid FC in a convincing manner as soon as the second half of the game started. Lionel Messi was not the sublime but he certainly was the person to watch - with his assist, his penalty and his role in the first goal, he stole the show and the Ballon d'Or Cristiano Ronaldo had to make a face for himself when he had just nothing!

The send-off of Dani Carvajal was certainly crucial but it had no or very little impact on the game as Real Madrid were just nothing compared to the angelic Valverde's team-men who were ready to hunt down the opponents in the latter half of the game.

Bale's introduction was cheered with boos for Benzema who seems to have lost all the charms for Real Madrid this session and not only him, Ronaldo was also off, for most of the times. He missed a child-like opportunity in the beginning and there they were caught on the wrong foot and then, there was no looking back for Messi and co and they cruised to a convincing win and they made that look just so easy! We will now have to wait a little longer before the two leviathans clash once again in the El Clasico or rather no much significance because till that time, the title must have been decided and we can see which side the camel will sit!