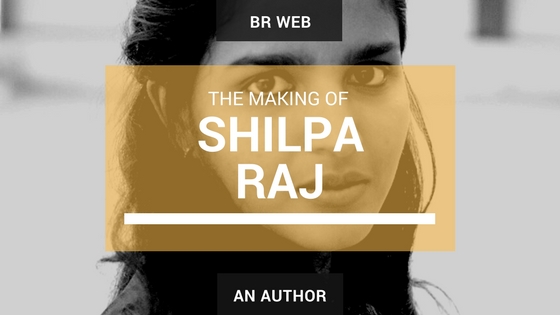 Shilpa Raj is one of those debut authors who manage (somehow) to represent their thoughts and emotions in such a wonderful manner that they instantly become the fan favourites. The same has happened in the case of Shilpa and her debut work, a memoir – The Elephant Chaser’s Daughter. Released in July in India and later worldwide, Shilpa’s work has been appreciated by most of the readers and also the book critics. Her writing skills have been admired and also her vision as an author to portray the issues which generally remain ignored in the world of literature. Shilpa Raj has talked about the people who seldom find a place in the works of celebrated authors.


After the huge success of her debut work, Shilpa is ever-committed to her writing career and she is interested in doing more in this field. Herself from a humble background and having seen the days of adversary, Shilpa understands very well the troubles and issues which are in the life of people from the lower section of the society. Her understanding and urge to do something for them (at least intellectually) have helped her a lot in writing The Elephant Chaser’s Daughter and that is what the readers have liked.

About her newfound journey as an author, Shilpa Raj has to say the following:

“I have discovered newfound strength and a sense of personal freedom through my voice as an author. Seeing how quickly stories travel across geographical boundaries has been a highlight of this discovery so far. I’m getting to know a whole new global community of friends and well-wishers who are compassionate and genuinely kind.”

And she admits the same in many author interviews published on the web and media too. Authors like Shilpa Raj are the necessity of the writing field today. They raise the issues which strike the over-immune heart instantly and make the readers think in a certain direction which they have forgotten in the fast-paced life. The Elephant Chaser’s Daughter is not only the story of Shilpa, it’s the story of many Shilpas which we can help and stop them from going through the hardships they are ought to go! This is the least we can do and thanks to Shilpa for arousing our thoughts for the same. Her success as an author and even more will only help our social cause!

You can read the review of her book here: The Elephant Chaser’s Daughter

You can read a full interview with Shilpa here: Shilpa Raj in a Conversation

You can explore more about Shilpa on her official website: http://shilpa-raj.com