In yet another act of extreme valour and dedication and determination to keep Indian territories secure and its citizens safe, the great Indian army have sent as many as three terrorists to sleep in Jammu & Kashmir today. This great news has come a few hours ago and we must admit that this day is marked with great success as our brave jawans have managed to kill one of the key aids of another killed terrorist - Sabzar Bhat, the right hand of gunned down Burhan Wani, yes, the son of a poor school headmaster.

As of the reports by other media channels, these terrorists have tried to ambush the patrolling party of the Indian Army. But as they say, when the death of foxes call, they reach to the cities - and their deaths have called them today that's why they tried to put their hands in the hole of a snake. In a great morale boosting victory for the jawans of our security forces, they have neutralised these terrorists in a long encounter. 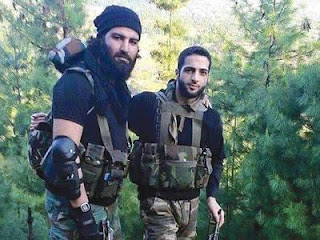 I am still waiting for those first reactions from our so-called group of human rights lobbies and those puppets of Pakistan in our media for whom the lives of our jawans are nothing compared to the lives of these Islamic caliphate dreaming terrorists in Kashmir. As of now, I am sure some of those must be worried to look for the 'innocence angle' and then try to make another hero out of a successfully sent to sleep terrorist. Let's wait for the further developments but for now, just enjoy the victory!
Jai Hind!
#FightAgainstTerror Jammu amp; Kashmir