Yogi Adityanath: Elevation as CM of UP | The Right Plan? 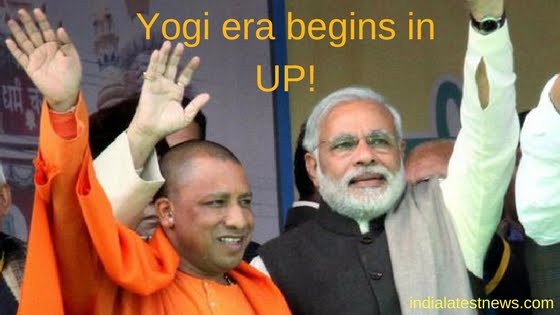 Even before Yogi Adityanath took the oath as the CM of Uttar Pradesh, the garbage in Indian media began to show its poisonous colours. Bhagwa clad sanyasi who has long ago taken a different course from his family and personal life was the centre of criticism which is based on his past speeches and public opinions. Which, one might argue, is justified as the democracy of India gives us the right to ask questions, criticise or have different opinions on any subject or person or organisation, including the Indian State. Nevertheless, some extreme hyperactive elements in Indian media went ten steps ahead and declared a virtual state of communal riots in UP! If we believe the hypo-hypotheses of people like Barkha Dutt and Sagarika Ghosh, entrepreneurs, drivers, sabji walas, business persons, women, Muslims, Christians and to say, everyone except the Hindus in UP was hiding in their rooms! Is it not simply too much to imagine? Are not these media persons (actually the agenda-drivers or God only knows whom) creating a state of panic among the people of the largest state of India?

Yes, Yogi Adityanath has said things in the past which might seem to certain section of people fearsome, frightening or communal. Even at times I have also expressed my disagreements with him. However, attributing the remarks to him which were never made by Yogi himself is something called rumour-mongering and it must not happen as it is a serious crime! Do remember that these are the same people from the streets of Lutyens Delhi who were ready to stop Narendra Modi at any cost from being the chief minister of Gujarat at one time. These were the same people who were signing petitions to persuade America not to issue visa to Modi because they thought Modi is a 'mass murderer' and today they are cleverly shifting their ire at Yogi - calling Modi a 'development icon' which he was always!

The funda of the liberals in Delhi is very simple - keep the minority vs majority debate boiling in full temperature so that they have some masala for their dinner and warmth in their pocket! Commenting on Yogi Adityanath's performance as a chief minister right now, even before he has had his first meeting with the ministers is something like denying a person entry in the English class on the ground that he cannot speak English! Oh come on you people! Give us a break and stop barking at the tree which you know will never let the fruits fall for you!

Minority appeasement is something that even Muslims have rejected in this UP elections. They want development and inclusive, all round development which is not with the condition that only a muslim will do! Anyone who is capable of serving UP should serve and we will judge that person on his performance. The hatred of these people against the Bhagwa attire shows us what they have in their minds and on the contrary, these are the people who talk in their AC chambers about racism in India and racism in the USA! Utter irony!

Dear liberals, I have a free advice for you people. Please book a Thailand trip which must be in offer now. Go and give us some peace of mind!