In school, every good teacher promotes a student to ask question. Asking a question is a good practice. But can we follow this practice in INDIAN democracy?

Unlike many other nations that gained independence from colonial rule but descended into dictatorships and military rule, India has remained a democracy, despite its size and diversity. The credit goes to diversity and institutional structures of India. 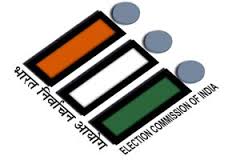 One of the institutional structures is Election Commission. Election commission has done a tremendous job to empower citizen of India and promote them to take part in festival of democracy by exercising their right to vote. The power of RIGHT TO VOTE has strengthened the Indian democracy. The ideas of constitution & democracy which we inherited from our forefathers have survived and prosper in the form of right to vote.

The process of election which we inherited, with time has seen lots of changes & challenges.  Challenges like involvement of vast unaccounted money, influencing the election process for special interests by sponsoring high-spending misleading campaigns are a threat to democracy. Democracy is a process where voices of a common are herd. But few people having lots of money & ability to fund the political campaign and mislead the crowd, are threats to democracy. There is a need for electoral reform.

Recently Indian government announced the electoral reform
1)      Receive donations more than ₹ 2,000 in check or in digital transaction
2)      Political parties file Income tax return with in time frame
3)      Claimed to follow the advice of election commission in proposing a cap of ₹ 2,000 on the amount of cash donation that a particular political party can receive from one person in a year.
4)      Scheme of electoral bonds

Now the question raises that huge amount of money paid to political parties is voluntary contribution or donation. This is very difficult to digest that some business men have voluntary contributed crores of rupees to any political parties, as the businesses are done on the principle of making profits. So, are these donations an investment for a return? Or are these anonymous funds are black money generated by political leaders?  This new proposed law for accepting anonymous ₹2,000 will only ensure more account book entries and tiring work load to cross check there account books.
The secrecy of electoral bonds will not help income tax or election commission. They will not be able to know about donors or beneficiaries, but the donor will enjoy 100% tax benefit by purchase of election bonds.

So, this is not the end of road for election reforms, this is only an initiation for a series of reforms.

RIGHT TO ASK QUESTION
So, this is not the end of road for election reforms, this is only an initiation for a series of reforms. Now we can propose a new law in which the resident citizen of India can directly ask questions from its government in parliament or in assembly (like in Panchayati raj system). In parliament we have QUESTION HOUR, where MPs ask question from ministers similarly we can have CITIZEN’s HOUR where resident citizen of India can directly ask questions from minsters, MP and oppositions which constantly disrupt the house. These questions will be recorded like other proceedings of house.
This will promote transparency; pressurize the MPs to let the house function smoothly, accountability of MPs & ministers will rise, and the tax payer will be able to know about the application of his tax. A tax payer has a right to know, what happens to his tax or why allotted budget was not expenditure for the purpose which it was allotted.

An ordinary voter has a complaint that after elections ends, the new government forget their citizens. Now after this law, these ordinary voters can directly ask questions from their government in every session of house.

We have RTI, which work for transparency in the system and provide valid information about government and its work, but the rise in pending cases of RTI in information commission and delay in transfer of information has not served its purposes.

Now the biggest problem with this provision is how to choose few question from 120 crore of populations of India.

Eligibility: to ask question in parliament or assembly
i)        Should be a resident citizen of India
ii)       Should have voted in previous 5 year elections(including parliamentary, assembly, panchayat or municipality elections) and exemption to first time voters
iii)     Should have filed previous year income tax return (exemption to students and homemakers/housewives). Tax payer has a right to ask what happens to his tax money.

First the individual have to fulfill these eligibility criteria, and a lottery system can be used to choose few questions from crores of questions. And there should be strictly no repetition of question or individuals i.e. if an individual has asked question then that individual will not be able to ask question again in that financial year term of that government and once a question asked the same question cannot be repeated by other individual of same nature.

This RIGHT TO ASK QUESTION can provide a mechanism to ensure that citizens’ voices counterbalance a legislature unresponsive to peoples’ interests. The time has come to recommit ourselves to a deeper and more participatory democracy; a democracy with greater alignment between public policy and people’s interests.

Democracy cannot succeed unless those who express their choices are prepared to choose wisely. The real safeguard of democracy, therefore is education- Franklin d, Roosevelt

The wise man does not give the right answers, he poses the right questions- Claude Levi-Strauss