We all know that games unite the diverse population of the world and Olympic Games are based on the principals of unity, friendship, development of humankind, blending sport with culture and education. 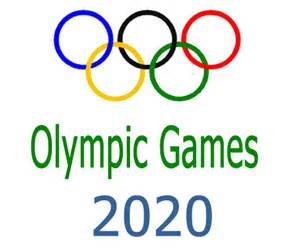 Now, these Olympics games have become greener. In coming Olympics games - Tokyo 2020 the organizers of the Olympics games Tokyo 2020 launched a nationwide “green” initiative, as they called on the Japanese population to donate their discarded or obsolete electronic devices. The aim is that the metal collected from these devices will be used in the production of the medals for the games & engage all of japan in medal initiative. 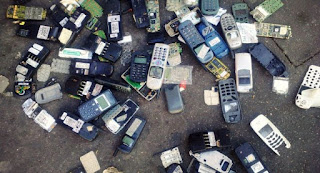 This project highlights Tokyo 2020’s commitments to engage the whole Japanese nation and to offer to everyone the opportunity to play a role in the Games’ preparations. It also responds directly to Recommendation 4 of Olympic Agenda 2020 that states sustainability be integrated into all aspects of the planning and execution of the Games.
Two partner companies were appointed at a Tokyo 2020 executive board meeting, NTT DOCOMO and Japan Environmental Sanitation Center (JESC) for collection of discarded electronics and recycle them. From April, collection boxes will be installed in more than 2,400 NTT DOCOMO stores and an undecided number of public offices throughout the country. The collection will end when the 8-ton target is reached.
The organising committee aims to collect as much as eight tons of metal (gold: 40 kg - silver: 4,920 kg - bronze: 2,944 kg), which after the production process will result in two tons, an amount needed to produce 5,000 Tokyo 2020 Olympic and Paralympic medals.
This initiative will not only help japan to reduce its Olympic bill but also help in the reduction of electronic waste & its recycle.  This initiative is remarkable approach to given chance to the citizen of japan to directly be the part of this game. This step will also create awareness in the citizen of japan about recycling of discarded or obsolete electronic devices.
The initiative has already been hailed by some of the athletes who will be leading the charge for medals in Tokyo.
Japanese gymnast Kohei Uchimura was full of praise for the initiative.
“Computers and smart phones have become useful tools,” said the three-time Olympic gold medalist. “However, I think it is wasteful to discard devices every time there is a technological advance and new models appear.
“Tokyo 2020 Olympic and Paralympic medals will be made out of people’s thoughts and appreciation for avoiding waste. I think there is an important message in this for future generations.”
“An Olympic medal is one of the most coveted items in existence,” added US decathlete Ashton Eaton, two-time Olympic gold medalist and world record holder. “People spend decades, often agonising ones, working to obtain one. The life stories of so many are defined by the pursuit of these metal medallions, and those same stories are what inspire and bring millions of us together.
“Now, thanks to the Tokyo 2020 Medal Project not only do the athletes inspire with their stories, but each medal itself has a story of its own,” added Eaton. “The best part is that each citizen has a chance to contribute to the story, to raise awareness about a sustainable future and to make a unique contribution. And, most excitingly, they have a chance to be part of the Olympic journey.
“The weight of a medal around your neck is always a good weight,” explained the American. “When an athlete at Tokyo wins a medal, the weight of it will not be from the gold, silver, or bronze; it will be the weight of a nation. The awesomeness of this project makes me want to come out of retirement and compete for one.
Tokyo 2020 spokesperson Hikariko Ono said, “We believe this initiative will contribute to a sustainable Tokyo 2020 Games, and we are looking forward to the active engagement of partner organisations and the general public to help make it a success.


These games will create a history where medals will be given by the citizens of japan and celebrating the spirit of games and humanism.
ECO-FRIENDLY ENVIRONMENT OLYMPICS 2020 RECYCLE
Location: New Delhi, Delhi, India